The Making of a Retractable Hardtop.

The Mitsubishi 3000GT Spyder is manufactured in Nagoya, Japan without hatches or rear-quarter windows. At the factory they add strengthened A-pillars and specially tuned springs and shocks which is exclusive to the Spyder. Then it is shipped to the U.S. And transported in closed trucks to ASC. 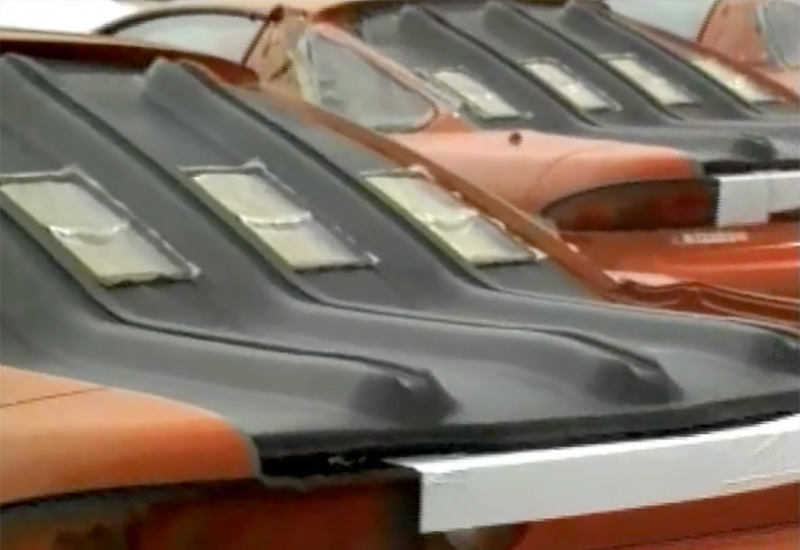 In a 25-stage process the rocker panels are scribed then sliced open with a plasma cutter to accept box-section rail assemblies, weighing 55 lbs. each, and welded to the structure. With the exception of the dash and forward part of the center console, all interior trim is removed. Then, the plasma cutter comes out again, and the top is removed. Shear plates are welded inside the front and rear fenders, and a massive bulkhead, an inverted U in cross section, gets welded in between the rear inner fenders. This piece, which ties into the rockerpannel reinforcements, serves as the top's foundation and adds to the structural rigidity. A total of 40 new sheet-metal stampings are welded to the structure, each one requiring some cutting, notching and finessing of the standard unit body. It's all done by hand, assisted by numerous jigs that keep everything in alignment. 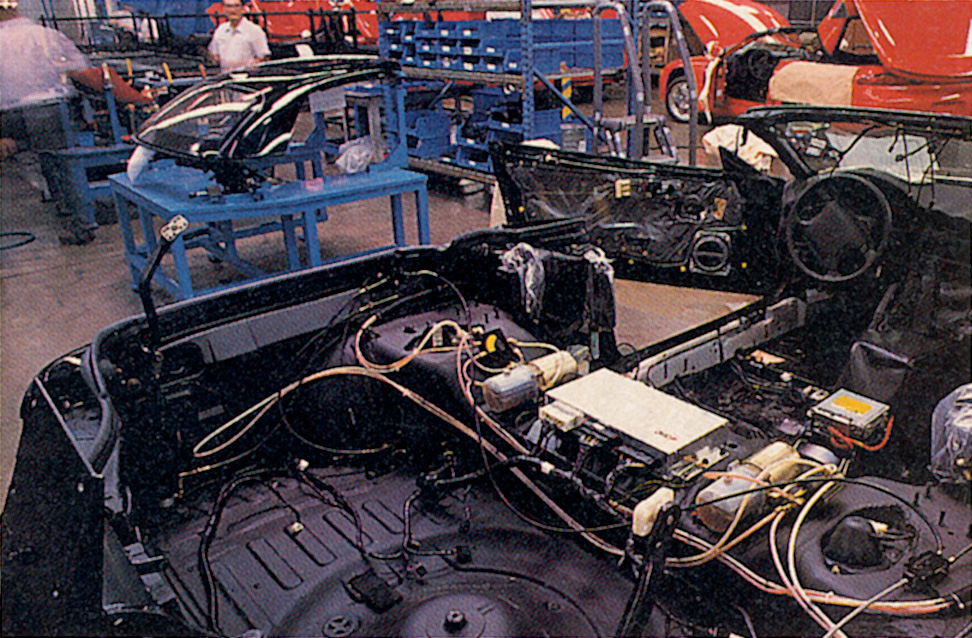 With the welding complete, the entire interior floor and cargo area is sprayed with a thick coat of flat black paint specially formulated for sound deadening and anti-chip qualities. Once dry, a new wiring harness from the firewall back, the 65k computer, electric motors, hydraulic pumps, lines and cylinders go in. 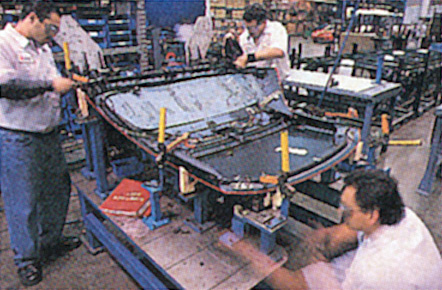 The top and tonneau cover, made of lightweight sheet-molded compound, are manufactured off-site and shipped to ASC on huge racks. They are installed at this stage, along with their actuating cylinders: two large ones just ahead of the rear wheel wells for the 98-lb. top, and two smaller, vertically positioned ones at the rear of the car to raise the tonneau cover. The top is assisted by two large coil springs, laterally spanning the top's base, that exert on force in the middle of the top's travel, but help it to both rise out of its storage well and lift away from the windshield header. A single central motor in the header works through a gearbox and pushrods to latch the top's stainless-steel striker plates, and another motor concealed in the rear headliner extends and retracts the rear-quarter windows through cable drives. 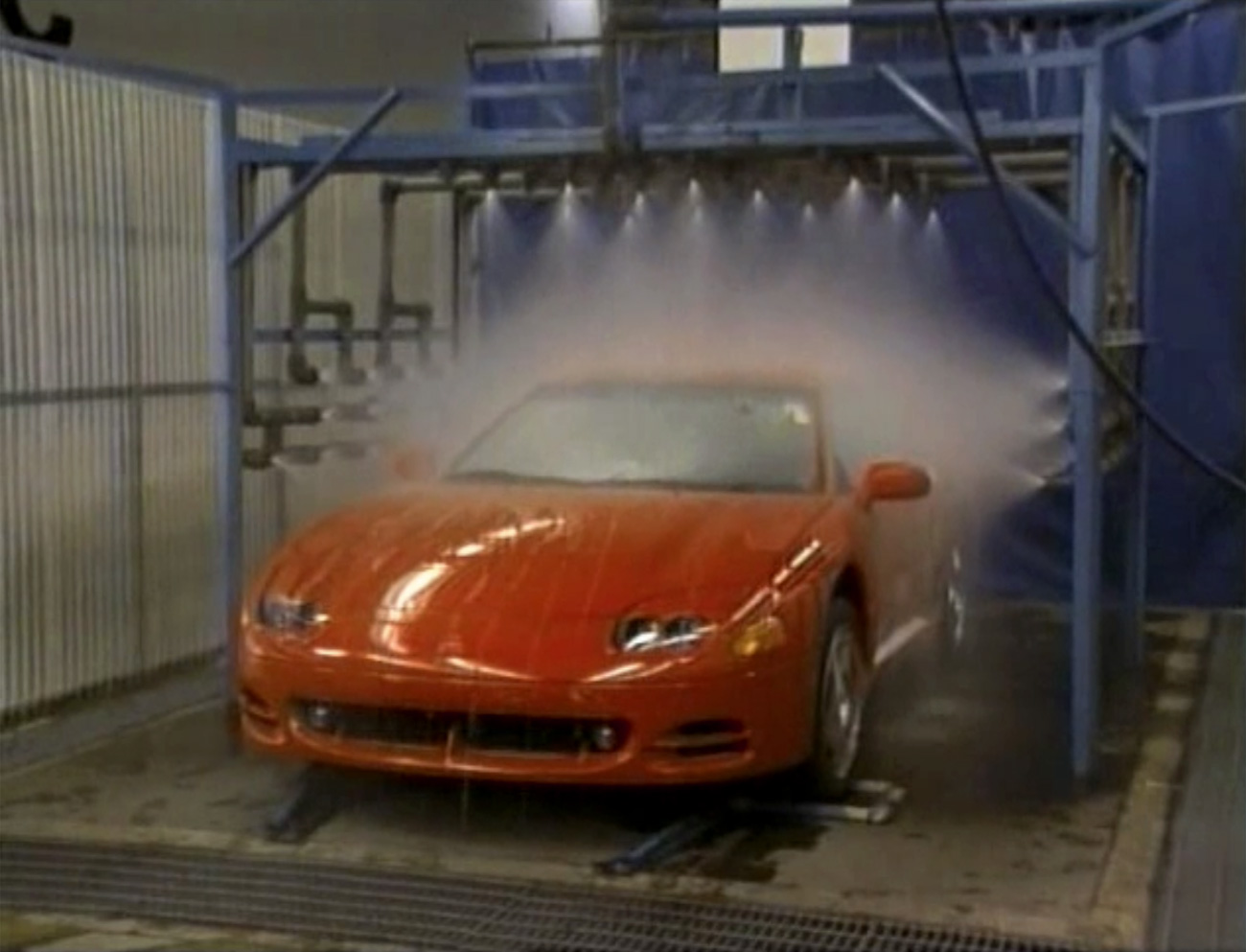 Now interior panels and carpeting go back in, seals are attached (with a mix of mechanical fasteners and adhesives) and the sequence of the top's motion is checked and rechecked, with the computer receiving its final calibration through a diagnostic connector located in the kick panel of the driver's footwell. Then it's on to the water leakage test, where the equivalent of 19 inches of rainfall bombard the car in just four minutes. Given the okay, the car proceeds to a state-of-the-art alignment rack, through final prep and on to a 7-mile road test on the streets around the facility. At last, the gleaming new Spyder and its roughly 1600 new precision-assembled parts are loaded on a covered transporter and sent off to its designated Mitsubishi dealer.